If online credibility can be easily bought, how can legitimate companies establish consumer trust?

“People buy views, I know it's old news, but also bad news for everybody.”

In her 2021 hit song, “People Buy Views,” international pop star Noga Erez touches on a serious problem in today’s world: the ability to fake credibility and the web of consequences which spawn from this.

In the open world of ecommerce, one can indeed “buy views,” and it’s a lot more common and accessible than you might think.

How will this impact payment providers, marketplaces, merchants, and brands trying to build trust with consumers?

What does “buying views” mean?

Whether it be views for a YouTube video, followers on Instagram, or even endorsements on LinkedIn, one can buy credibility quite easily on the internet.

“SMM” or “social media marketing” services which engage in selling aged accounts, creating fake reviews, and generating illegitimate traffic, have become quite commonplace. Many of these services can be bought from websites which utilize sophisticated networks of bots to grant the assigned asset views, likes, and follows.

As for ease of access, these websites can be Googled in moments, accepting payments through mainstream payments providers – often through laundered transactions. 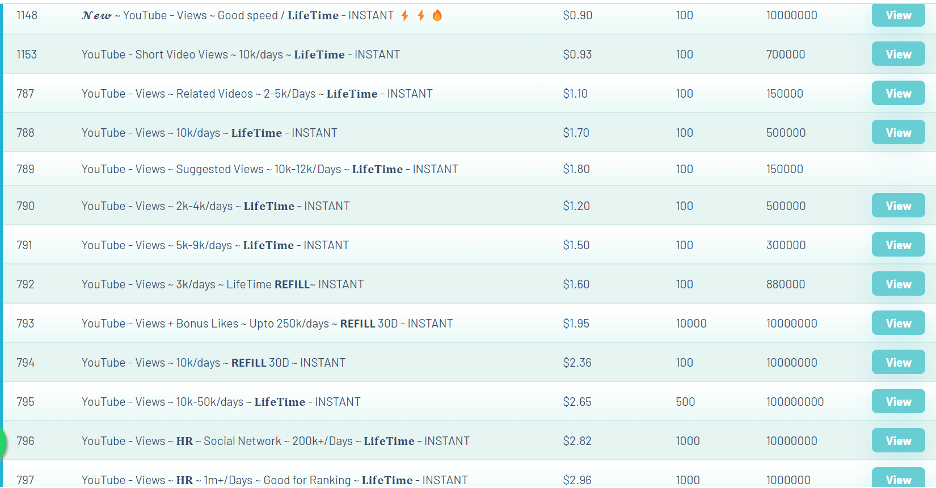 We have written previously about the tenuous nature of truth in today’s world and how the shadier side of the internet plays a part in these dynamics - whether that be through deep fakes or the ease of creating a front site for laundering.

SMM reseller platforms are another part of the steady degradation of credibility and truth in the internet age. It is hard to discern which companies or shops are legit when one can easily buy a full suite of fake credibility.

This means that even the most low-budget fraudsters can build what looks like a credible online footprint for a scam page or front site with just a click of a button. On social media marketing sites, all of the following options are up for sale – every one of which would give the impression that a business is well established and operating legitimately with social media metrics appearing to back it up:

The ability to make believable-yet-fake entities has never been more accessible.

Even the savviest of consumers can fall for a scam if it has an extensive presence on online review sites. After all, the “wisdom of the crowd” is a significant part of internet credibility.

Can regulatory changes halt the race to the bottom?

For the health of ecommerce, consumer trust is vital. When users experience scams with a particular payment provider or platform, they are much less likely to transact through the same method in the future. More and more, we see consumer trust being talked about as a selling point rather than a “nice to have”. As a result, ecommerce gatekeepers (acquirers, PSPs, gateways, marketplaces, etc.) who are able to maintain consumer trust will have a leg up in a rapidly evolving and crowded space.

Regulations are evolving as well. A recent amendment to the EU Unfair Commercial Practices Directive, which came into effect in May 2022, “explicitly [provides] that selling, buying and submitting false consumer reviews in order to promote products is prohibited.” Stateside, the Federal Trade Commission has stepped up its enforcement against fake reviews and has begun to more aggressively pursue action against offending merchants – including those that use fictitious reviews to sell nutraceuticals.

On the merchant side, there is a troubling race to the bottom effect in play. In the world of brand reputation in the internet age, reviews, likes, and follows are the name of the game. The article “Fake reviews on online platforms: perspectives from the US, UK and EU legislations” notes:

“Given the growing impact of online product reviews on consumer purchases, it is not surprising that some traders try to publish or promote fake reviews on digital platforms to improve the reputation of their own goods or services, or to denigrate the reputation of those of their competitors. Certainly, the more important reviews get, the bigger the temptation to manipulate them. Fake reviews have severe consequences in the marketplace because of the consumers’ high reliance on the reviews. Indeed, this deception presents a particular social problem as an increasing number of consumer decisions are made in online environments, based on online reviews.”

If merchants who operate legitimately are at a disadvantage, even well-intentioned merchants may feel forced to resort to using shady techniques to build a reputation. Such a dynamic has a negative effect on the broader economy, undermining a free and fair market (and trust in general).

SMM resellers are just another facet of the “post-truth” world we live in. Payments providers have both a vested interest and a responsibility to ensure that they are employing adequate safeguards to protect the payments ecosystem.

The wider ramifications of fraudulent merchants infiltrating the payments and ecommerce ecosystem is truly “bad news for everybody”.

Learn more about trends in ecommerce fraud in our exclusive report, developed in partnership with Ipsos.