The Intersection of Smuggling, Sanctions & Embargo Evasion, and Terrorism 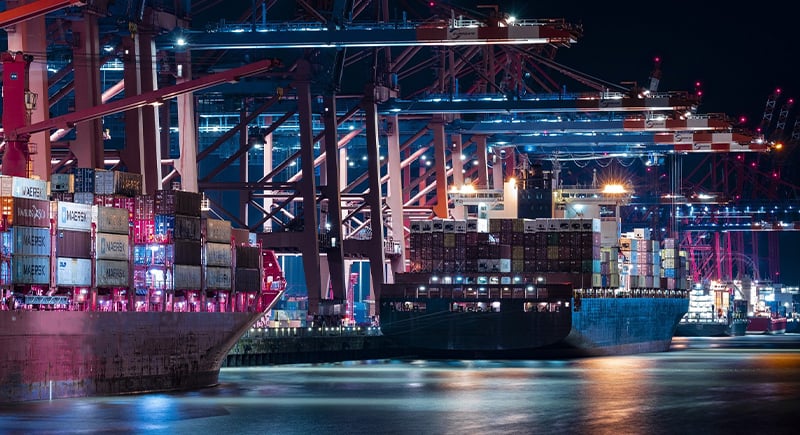 The practice of smuggling illegal goods through international borders, customs, and ports is no new phenomenon for the world. Smuggling dates back to the introduction of the very first government taxes, regulations, and embargoes on trade. Since then, cyber criminals have devised complex and highly sophisticated ways to circumvent policy to achieve their means of trafficking illicit goods.

Fast forward to the 21st century, and smuggling practices have only matured and adapted to a digital world revolving around e-commerce and online payments. Modern-day smugglers work relentlessly to globally traffic include nearly any product or service in high demand that is either illegal, heavily taxed, regulated, or subject to embargo.

There is typically a sizable crossover between all the fore-mentioned activity, and almost always a strong associated with larger-scale money laundering, fraud, and terrorist financing.

Today, each nation maintains and enforces trade and economic sanctions and import/export laws, collectively known as “trade controls”. The United States government, for example, goes about this by leveraging the Departments of Treasury, Commerce, Defense, Homeland Security – so on and so forth – to provide legal framework and heavy enforcement actions to prevent illegal trading practices and smuggling activity, especially as it pertains to financial crimes and sanctioned activity.

The continuous goal of each department is to work autonomously and in cooperation to prohibit business activity, transactions, and trade involving certain nations, entities, individuals, technologies, and sectors. An overarching burden has been placed on regulated financial institutions and payment companies to halt suspicious and illegal transactions and report such activity for investigation and enforcement.

Dismantling the payment processing capabilities for illegal activity does not solve the problem of global crime, but it’s certainly a key component.

To dive deeper, let’s look at the Department of Treasury’s Office of Foreign Asset Controls (OFAC), which maintains a variety of sanctions programs for different countries and regions as well as the Specially Designated Nationals and Blocked Persons List (SDN).

According to OFAC, "sanctions can be either comprehensive or selective, using the blocking of assets and trade restrictions to accomplish foreign policy and national security goals”. The most comprehensive U.S. economic sanctions – typically referred to as embargoes – include Cuba, Iran, Sudan, and Syria. Countries with hefty, but more limited programs include North Korea and the region of Crimea.

Each of OFAC’s country and region-level programs vary in terms of prohibitions and exemptions. Generally, imports and/or exports to and from countries under a complete embargo are prohibited and require a special OFAC license for trade purposes.

Let’s take the Islamic Republic of Iran as a use case. OFAC’s current Guidance of Transshipments to Iran broadly prohibits “the exportation, directly or indirectly, from the United States, or by a United States person, wherever located, of any goods, technology, or services to Iran or the Government of Iran”.

In September 2021, OFAC settled with Texas-based company “NewTek” over apparent violations of the Iranian Transactions and Sanctions Regulations after it was discovered that between 2013-2018, the company knowingly shipped its 3D animation software to Iranian resellers in third-countries including the United Arab Emirates and France. OFAC determined “aggravating factors” in their assessment, mainly related to reckless disregard for U.S. Sanctions, possession of knowledge leading to the apparent violations, and the harm caused by supplying U.S. software to Iranian entities and electronics companies under embargo.

Similar OFAC guidance apply to the not only exports – but also the importation of certain goods and consumer products manufactured or produced in Iran and shipped (directly or indirectly) to the United States.

A particular product that is often discussed in the context of everyday trade and e-commerce are Persian rugs originating from Iran. Persian rugs have always been in high demand from buyers and collectors worldwide because of the weaving technique, quality, material, and essential role in Persian culture dating back centuries.

In 2018, former U.S. President, Donald Trump took steps to dismantle the 2015 Nuclear Deal with Iran. These were some of the toughest sanctions imposed in history, aimed at dissuading Iran from developing its nuclear program, support for terrorist organizations, and role in the Syrian conflict.

The unraveling of this program restored a paralyzing embargo on Iran’s rug industry, halting all new imports into the United States. The embargo also strictly prohibits the import of Persian rugs from third-countries and distributers outside the U.S. – for example – Persian rug distributors in Canada can no longer export Persian rugs to buyers in the United States. The 2018 embargo shocked oriental rug collectors who were suddenly banned from purchasing and distributing a once freely traded commodity.

Prior to 2018, Persian rugs were a $425 million industry and the U.S. contributed to 30% of annual purchases. The embargo made these woven masterpieces criminally illegal and punishable at unprecedented levels, but did it succeed in stopping the imports from entering U.S. borders? The answer is simple – no.

Smuggled products originating from embargoed countries are flowing freely throughout the global payment and trade system. Every single day, massive quantities of banned products are smuggled out of embargoed countries and re-distributed to buyers worldwide, using and financing the same trade routes and criminal syndicates that traffic goods that reach peak criminality and human immorality – the trafficking of humans, narcotics, weapons, and more.

The ability for Financial Institutions and payment companies to to detect smuggling activity for illegal smuggling is a tremendous and dangerous blind spot that may result in heavy inquiries and investigations from global law enforcement and regulatory bodies, which frequently result in heavy penalties and remediation efforts.

Without an automated solution to dive deep into e-commerce websites and catalogues and detect embargoed products, illegal smuggling will continue and organizations will keep adapting and find new tactics to keep conducting their illegal operations. EverC is here to help you with identifying this type of activity through our SanctionWatch offering. Contact us at info@everc.com or myself directly at laurenk@everc.com.